CMAT’s 10th Anniversary celebration continues! Friends and family are encouraged to attend and help us paint the town CMAT red!

A special Burg & Bevvie* deal exclusively for CMATers and friends of CMATers will be available!

For $25, the deal includes a burger, and a glass of either beer or wine*. A portion of the proceeds goes to CMAT!

Purchase in advance by:

* Not interested in the CMAT Burg & Bevvie deal? No worries! The pub will also take orders from their menu, and we will happily accept any donations made to CMAT!

Parking: Pay street parking, or there are several parking lots in the area.
TTC: Bay Subway station is closest, Bloor/Yonge and Museum are also close by
Accommodations: A group rate may be arranged with a hotel in the downtown core should enough interest be shown. Please advise if you are interested.

As always please feel free to email or call us with any questions. We look forward to celebrating CMAT’s 10th anniversary, and seeing everyone out!!!

Meet your 2014/2015 Board of Directors in person and online.  An agenda, and login information for remote participation will follow by email, and will also be posted on the CMAT website shortly before the meeting.

Please click the link below to send an email with the following information:

0 Comments/in Board of Directors, News /by Valerie Rzepka 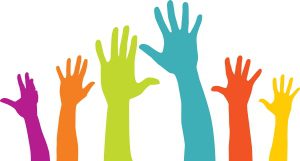 * Nominees may nominate themselves, but require a “nominator’s” name in their email as an endorsement.
Online voting will open on November 1, and close on November 15. Registered CMAT members will receive a secure link to the voting ballot via email.
0 Comments/in Board of Directors, News /by Valerie Rzepka 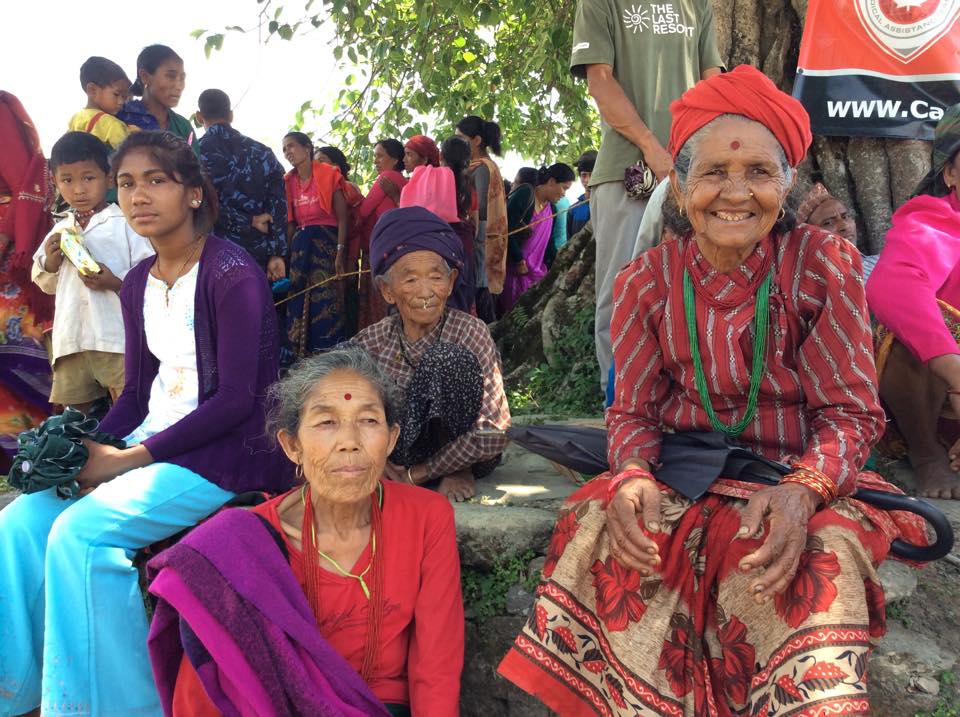 Women gather under a tree for shade, while waiting for their turn at the CMAT clinic in Takukot, Nepal

June 2, 2015 – Takukot, Nepal –  With special thanks for this contribution to Jill Allison, Logistician with Team 3!

“Not sure the last set of photos loaded properly as we have only intermittent access to internet. I suppose it is a wonder we have any at all considering where we are. Mountain views and lots of activity in the village of Takuakot. 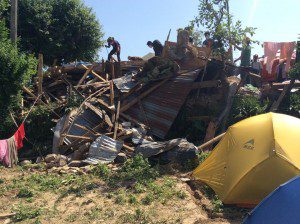 CMAT camp set up in the yard beside the ruins of the local police station.

The school is mandated to open tomorrow and they were hastily constructing cabin type classrooms – Nepal’s version of portables – today. Without enough skilled labour to rebuild key buildings quickly things get held up even as the will to return to normal is there. The lard school has cracks in every wall and gaping chasms on every floor. And yet, the teachers welcomed us as they were planning their program and invited us to sit for awhile as they did their work. 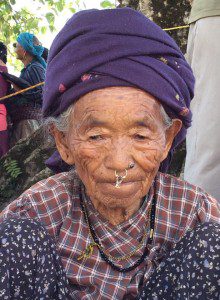 Elderly woman waiting to be assessed in the CMAT clinic in Takukot.

The clinic was much more organized but just as busy today. All good. Still seeing some earthquake related trauma and doing surveillance for diseases that haunt a disaster like spectres- cholera, typhoid, dengue, malnutrition and maternal health problems. Big wind and little rain tonight. Let’s see what tomorrow brings. 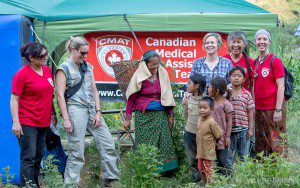 Media Sources along with CMAT logistics resources have all reported that a river in northwestern Nepal has been blocked by a landslide, causing the formation of an artifical lake approximately 2 km long.  Villages downstream are being evacuated, in case the landslide gives way.  CMAT can confirm that Team 2 is working in a village which is several hundred kilometres to the east of this site, and remains safe.

Team 2 has been busy treating basic primary care issues in Baluwa and trekking to surrounding villages to follow up on some more serious cases, but the need there is quickly returning to pre-earthquake levels.  The Health Cluster in Gorkha this week has also indicated that a particular neighbouring region was seeing a small surge of patients, and so CMAT sent a small strike team to this region to meet with the District Health representative.  Pending confirmation, CMAT will be transitioning to this new area to assist in the surge capacity. 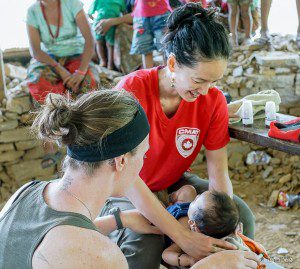 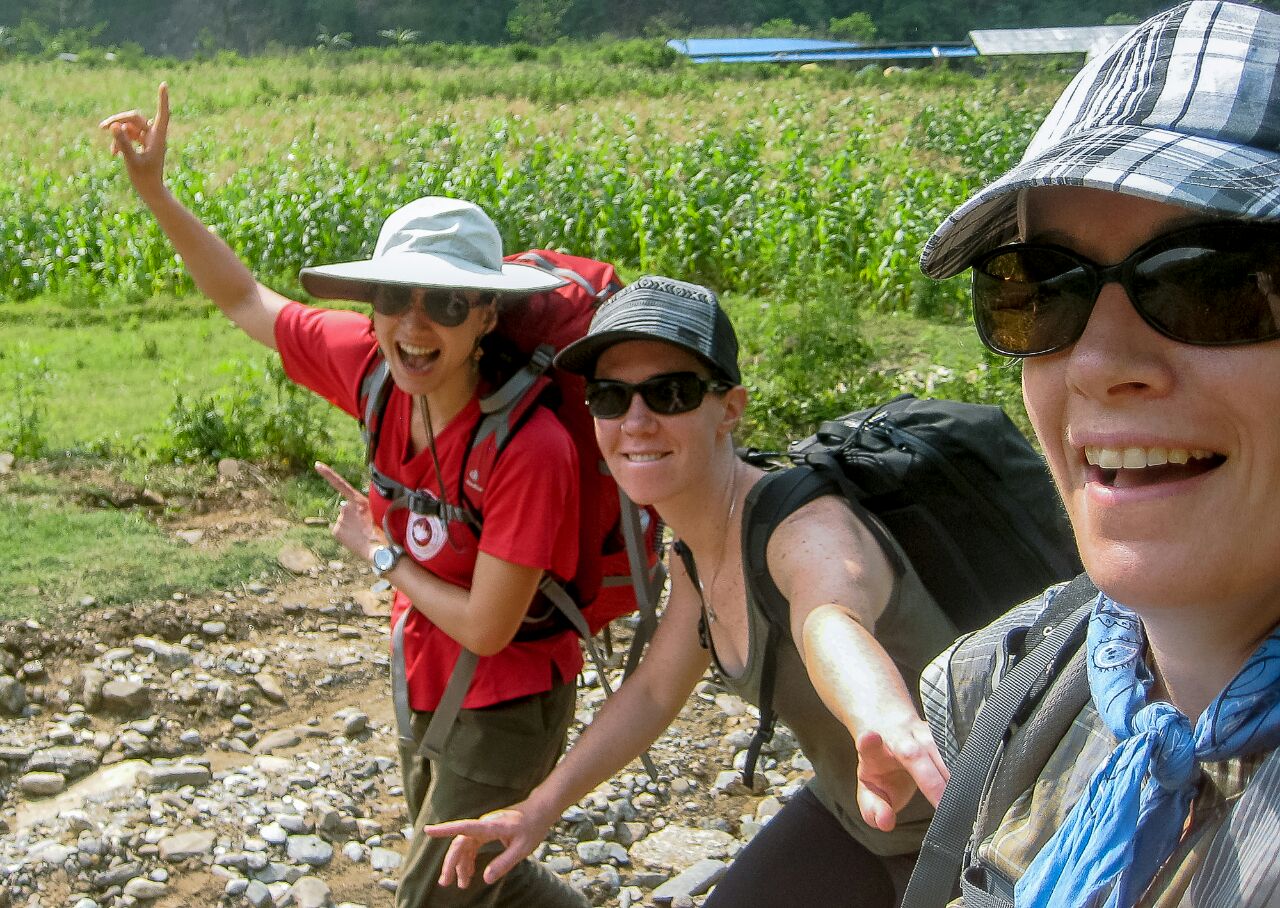 CMAT Team members have been trekking to high mountain villages, and through rice fields to deliver health care to patients who would otherwise go without.

CMAT would like to extend our sincerest and most heartfelt thanks to all our donors and corporate/ organizational sponsors for helping make this deployment such a success. 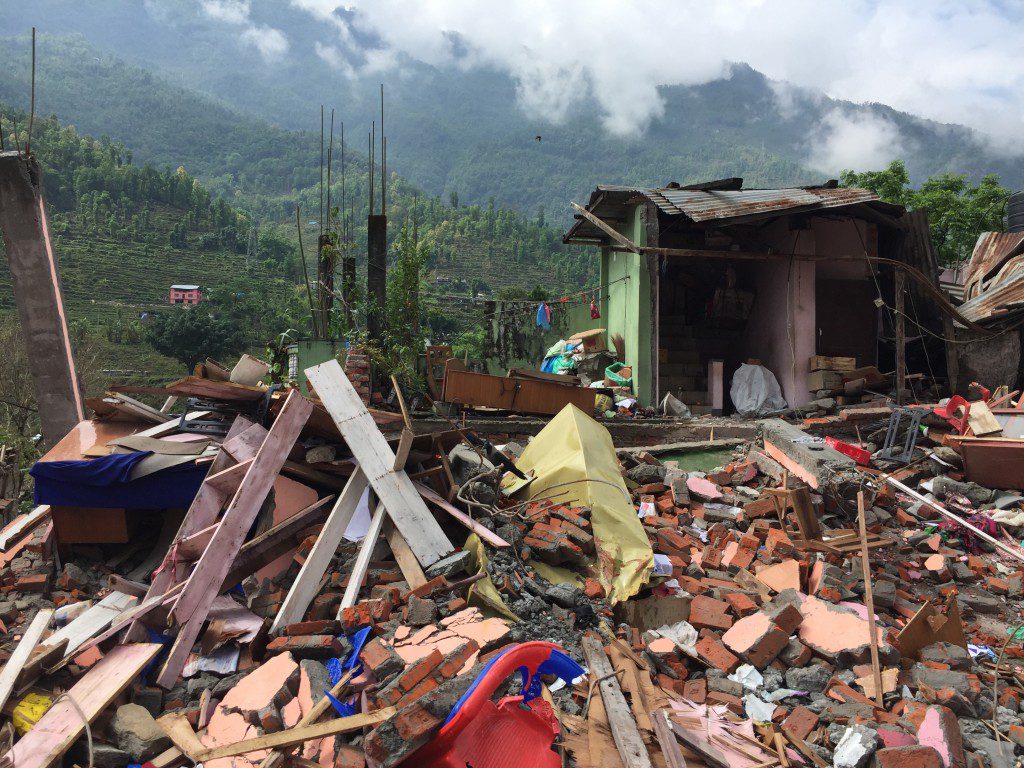 Aftershocks continue to rock the area, including a 7.4 magnitude tremor which shook our team members this morning. Everyone is safe and accounted for.

May 12, 2015 – Baluwa, Nepal  –  CMAT Team 1 was sound asleep when another major quake measuring 7.4 on the Richter scale shook them awake at 3:00 this morning. All team members are safe and accounted for, and there have not been any reports of injuries or deaths in the immediate vicinity. Virtually no one in the local communities remains in their homes as they are either all demolished or in severe disrepair.  Families are sleeping under tarps or in the open.

Several teams have arrived into the area to help with the rebuilding process, and Nepali soldiers were reconstructing the school building adjacent to CMAT’s camp. 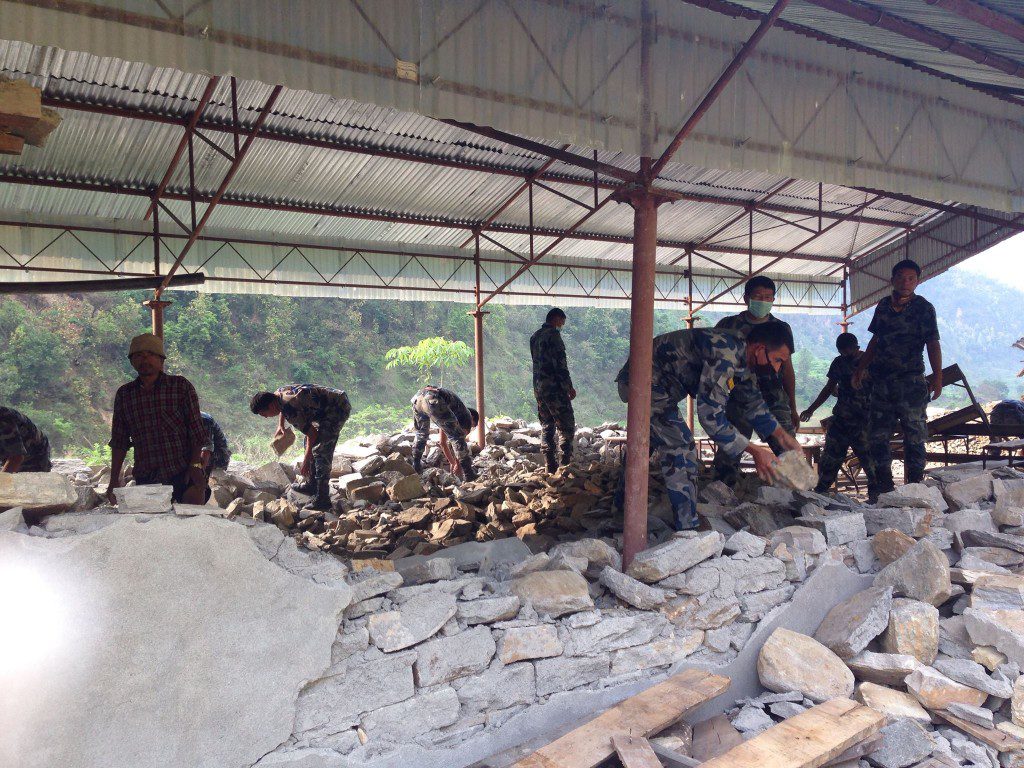 Nepali soldiers have arrived in Baluwa to help reconstruct the school adjacent to where CMAT team members are camping.

CMAT medical teams continue to see dozens of patients each day,  and on one of the mobile medical clinics conducted in a high mountain village,  team members intervened to help save the life of a small child who had been suffering acute diahrrea.  After stabilizing the child and providing hydration, a helicopter was brought in to medi-evac the child to a centre which could provide a higher level of care. 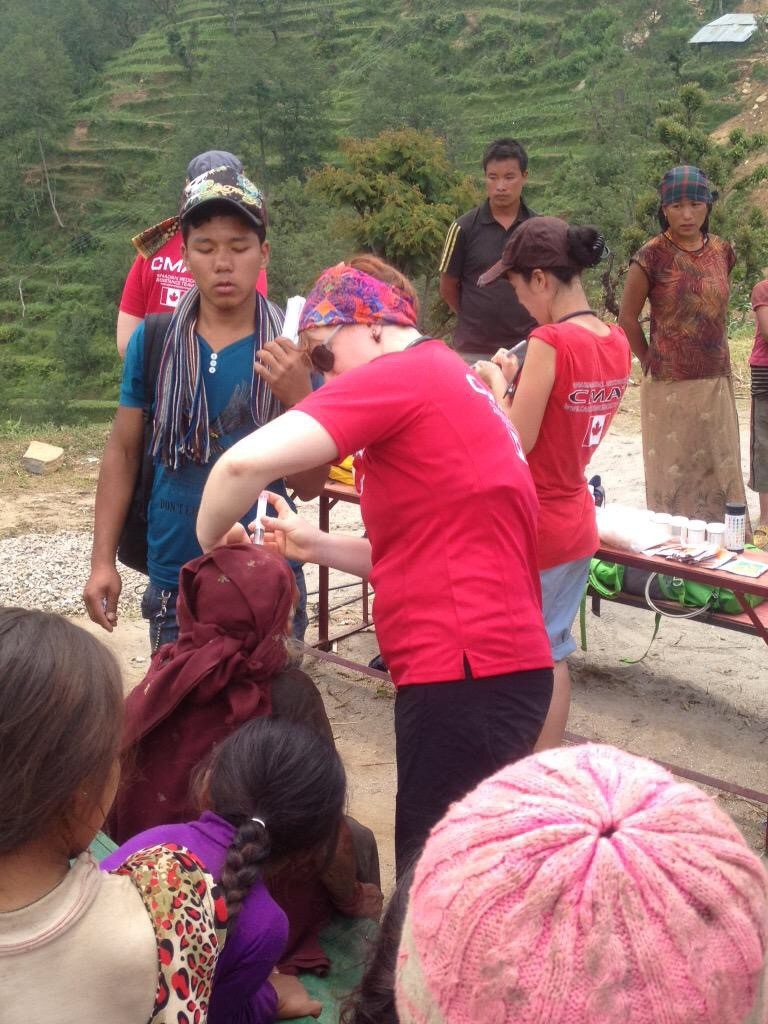 CMAT Team members have been trekking to remote mountaintop villages running mobile clinics to assess and treat patients who would otherwise not receive medical attention.

CMAT Medical team 2 is preparing to deploy to Nepal this coming weekend, and CMAT continues to rely on its generous donors for support.  Donations can be made at at CanadaHelps,  and any donations made by May 25th will be eligible to be matched by the Canadian government. 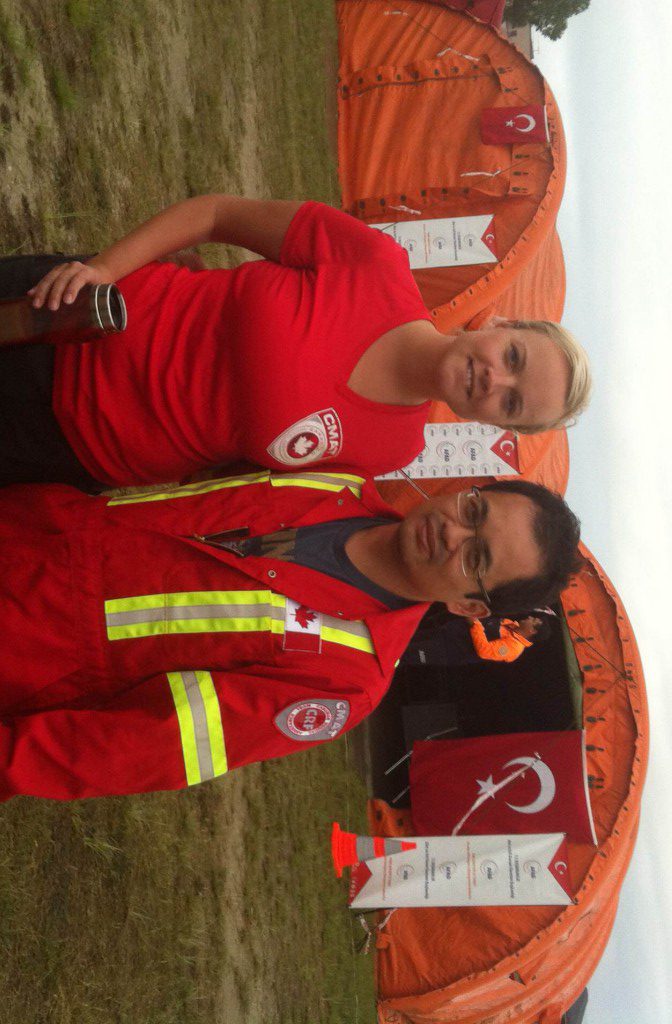 Saturday May 2, 2015: The CMAT Assessment team conducted an assessment of the devastated region of Gorkha early Saturday morning, and completed a survey of the city, as well as several rural villages in the environs. 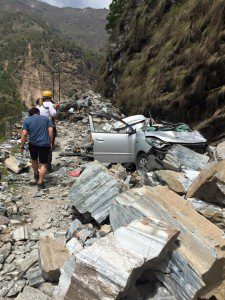 A car is crushed in a rockslide after a 7.9 magnitude earthquake struck Nepal April 25, 2015

The devastation in the region was nearly total, as homes and businesses could not withstand the power of the magnitude 7.9 tremor the region experienced on April 25th.  Buildings had collapsed, rockslides blocked roads, and the community has moved to sleeping in the open, terrified of what the next aftershock might bring.

On instruction from the World Health Organization (WHO), the team visited several health facilities, birthing centres and community health centres to get a better picture of the needs of the population, and to report back their findings to the UN Health cluster.  CMAT is to date, the only NGO assigned to this area. The popuulation of the village is about 2500 ppl, and it has a number of outlying communities which can be accessed to do small mobile clinics. This is a key location as it is 25km from the epicentre of the earthquake.

“The biggest concerns are ensuring we monitor for pneumonia and diarrhea, as they pose the greatest outbreak risk at this time,” says Kate Auger, NP, Vice-Chair of CMAT and Team Leader of the assessment team.   “CMAT was the first team on the ground in this location in the very early days after the earthquake.”

Though the trip to Gorkha normally takes only 4-5 hours from Kathmandu, beyond that the team will be travelling through steep mountainous terrain. The road conditions from Kathmandu to Gorkha are excellent, but the passage to the selected site  beyond Gorkha will be much slower as the roads are much more affected. 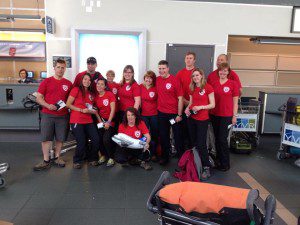 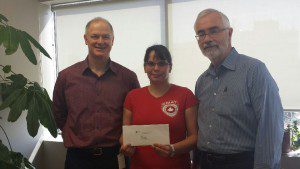 CMAT would never be able to get off the ground without the generous help of our sponsors, supporters and donors.  In the first week alone, our fundraising campaign on CanadaHelps.org raised over $40,000!

In addition to our individual donors, CMAT would like to thank the following supporters for their generous support: 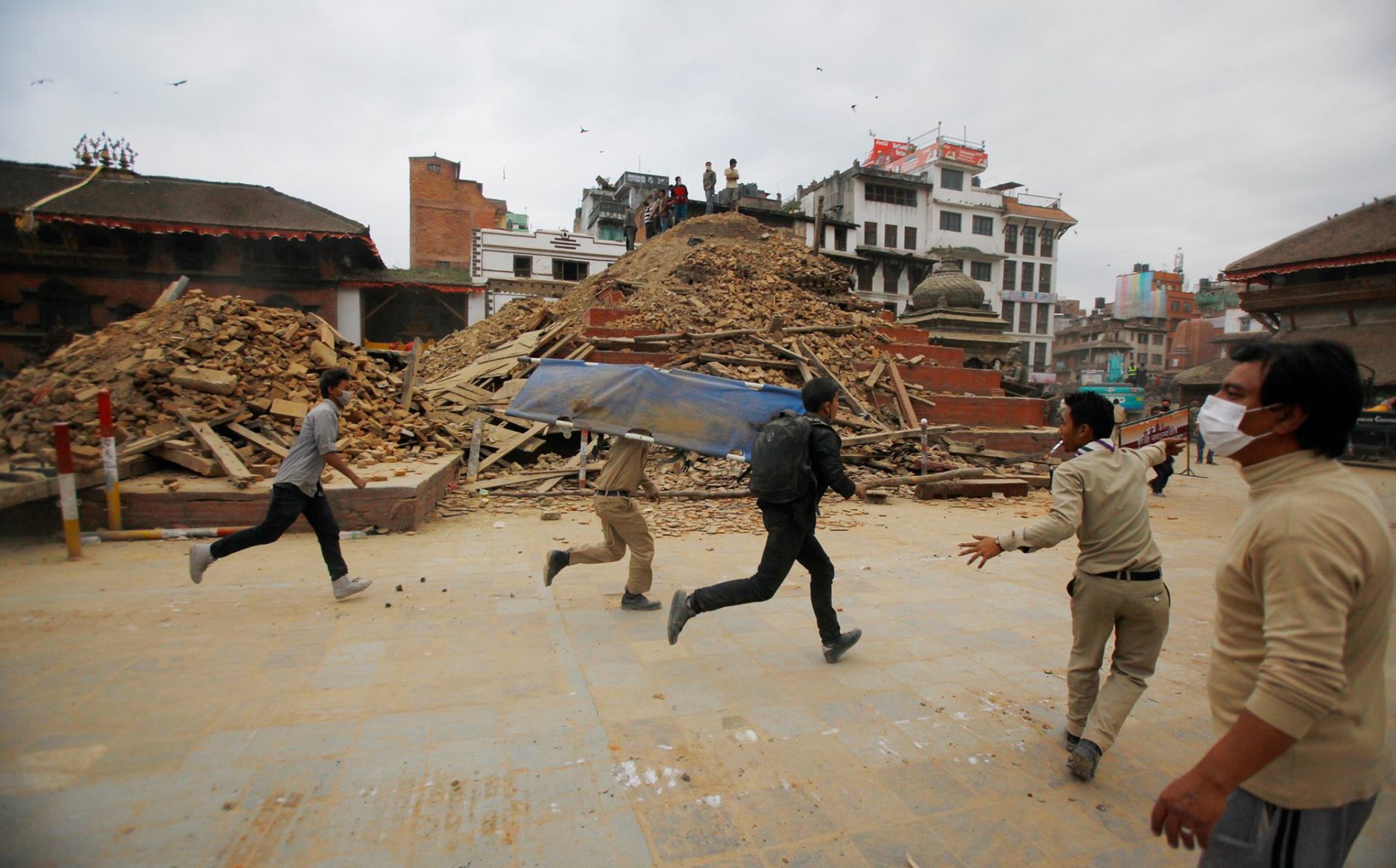 April 25, 2015: Kathmandu, Nepal – A 7.8-magnitude earthquake struck the densely populated Kathmandu Valley in Nepal earlier today, killing thousands, and injuring thousands more. It is being recorded as the worst earthquake to hit the country in more than 80 years*, and the death toll continues to rise.

The quake cut off power and left entire homes, temples, and other structures in the area completely destroyed. Hospitals are at their capacity and many people have been forced to take to the streets, left with little or no means of communication.  Devastation from this disaster, which has been considered 16 times more powerful than the quake that shook Haiti in 2010*, has also shook the neighbouring countries of India and Bangladesh.

Nepal’s mountainous terrain will make relief efforts more challenging, and the full extent of destruction will only be known once rural areas outside Kathmandu can be reached.

CMAT has mobilized its assessment team which will be departing for Nepal shortly.  Depending on assessment findings, a call for volunteers may be placed for further support.

Help CMAT provide medical assistance for the Nepali people at this devastating time, when they are most at risk. Donate now, so that together, we can save lives.

CMAT is also collecting Air Canada Aeroplan miles to help offset the costs of volunteer flights.  You can donate your aeroplan miles here: 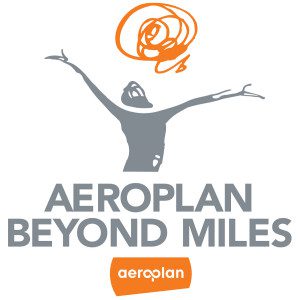 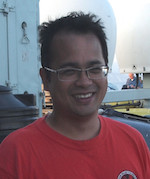 CMAT welcomes the addition of Dr. Pat San Agustin as interim Director at Large on the Board of Directors.  Pat assumes the seat previously occupied by Iain Kenny, who recently submitted his resignation due to illness.

We would like to warmly thank Iain for his dedication and commitment to CMAT, and look forward to his future participation in the organization.

CMAT announces its 2015 Board of Directors

We would like to thank all our members for your participation in the 2014-15 CMAT Board of Directors election.  We had a record voter turnout for this year’s campaign!

Congratulations to the newly elected and re-elected board members listed below, and thank you to all the nominees for your incredible interest!  Officer positions on the board will be decided and announced within the coming week, and we will be also looking for committee chairs and members in the near future. 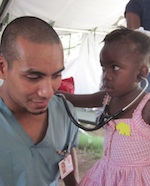 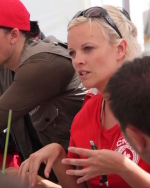 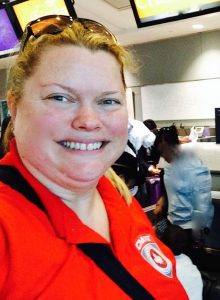 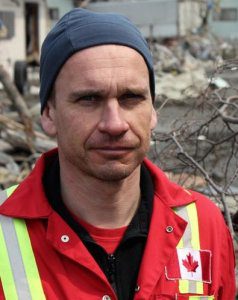 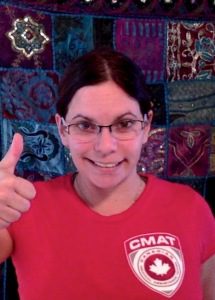 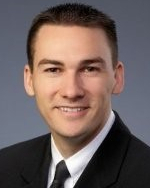 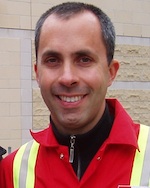