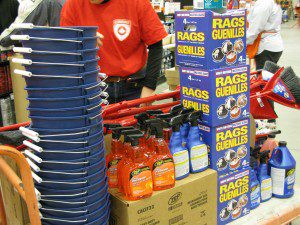 CMAT purchased clean-up kits from Home Depot, and was able to provide supplies for 40 kits to individuals and families affected by the fire.

Friday, October 8, 2010 – Toronto –  CMAT is proud to provide the victims of the 200 Wellesley Street fire with clean up kits, to help to empower fire victims to begin the recovery process both physically and emotionally, regain normalcy in their lives, and reduce the risk of illness associated with exposure to smoke and soot.

END_OF_DOCUMENT_TOKEN_TO_BE_REPLACED

CMAT appeals for support for local residents displaced by the fire at 200 Wellesley St. East, Toronto 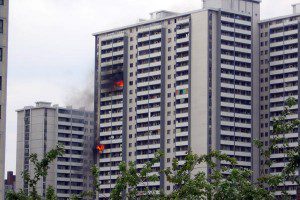 The fire broke out in a highrise at 200 Wellesley Street East, at Bleecker Street in Toronto. Because of the intense heat and high winds, it took crews about two hours before they could reach the fire

TORONTO: September 28, 2010 – An estimated 1700 people have been displaced since Friday night’s six-alarm fire at 200 Wellesley Street East, Toronto Community Housing building, and won’t have access to their homes for the remainder of the week.

The building is a social housing structure operated by the Toronto Community Housing Corp., the largest such apartment in the city. Its residents count among Toronto’s poorest and most vulnerable residents.