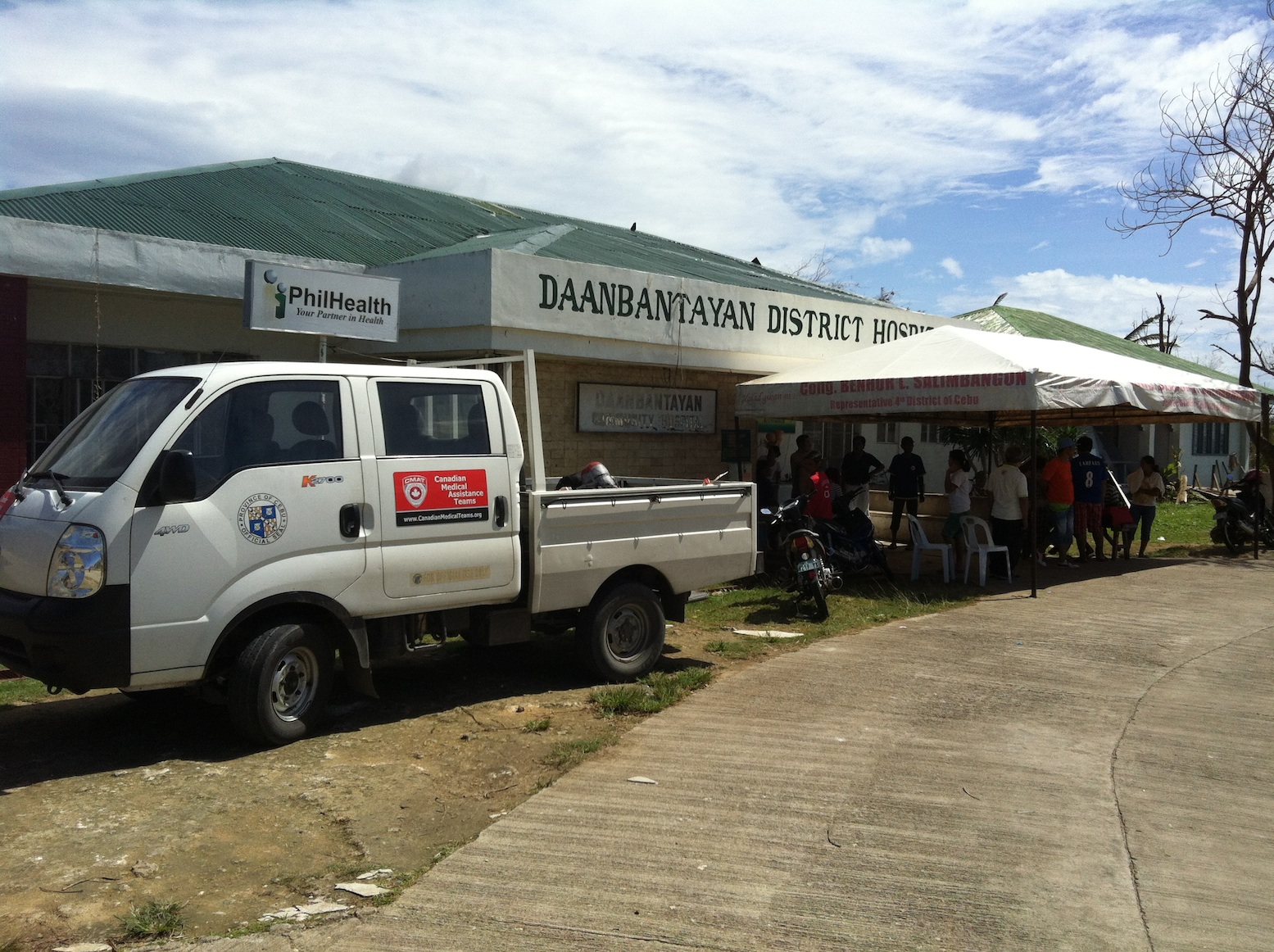 The CMAT Assessment team stops at Daanbantayan District Hospital in northern Cebu, to assess the infrastructure and damage caused by Typhoon Yolanda (Haiyan)

Daanbantayan, Cebu Province – Saturday November 16, 2013: The CMAT Assessment today travelled to the northern tip of Cebu island, which was in the direct path of Typhoon Yolanda, and was devastated late last week. The team spent the day assessing the infrastructure, trying to ascertain what level of assistance may be needed in the region.

Leaving Cebu, life appears to have continued on as normal. As anticipated though, there was a distinctive ‘line in the sand’, where the edge of the storm had its brunt. After this line, the destruction was immense. Trees were snapped in half, electrical and phone poles were toppled, roofs were completely blown off, and most thatched huts were flattened. That being said, the resiliency of the people was astounding. People are already repairing their homes. Unfortunately, there were a significant number of children begging along the side of the road… hands reaching out and yelling at all passing vehicles. Also unfortunate was our observation of some vehicles throwing candy out the window.

Initial survey findings however, indicated that this resilient population was coping well, and that local providers, as well as teams from Israel and France were meeting the health needs of the population in this area.

CMAT continues to appeal to the public to help us provide medical relief for the affected population. Please visit CanadaHelps to contribute to our relief efforts. Air Canada Aeroplan miles are also being collected, through the Beyond Miles program