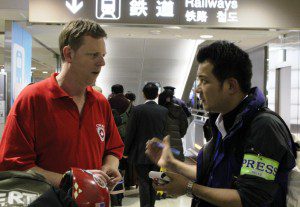 Tuesday, March 15, 2011 – CMAT Directors were in contact tonight with the Assessment Team who are currently on the ground in Tokyo, preparing for Air Lift Transport to the Sendai Region.

As of this evening all NGO airlift support has been temporarily suspended pending the further assessment of the situation at the Fukushima Nuclear Plant. CNN has reported that another explosion has occurred, this time at the number 4 reactor.

CMAT Directors spoke this evening with Canadian Nuclear Officials who stated: “Standard Personal Protective Equipment (PPE: coveralls, masks, gloves) would be adequate if they had to go inside the evacuated area, but at 100+ km away, no one would have received a significant radiation dose, even at Chernoble.”

END_OF_DOCUMENT_TOKEN_TO_BE_REPLACED 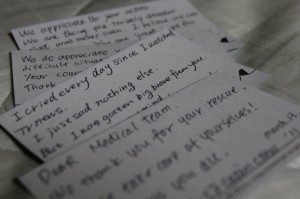 Monday, March 14, 2011 – We arrived safe in Tokyo.  Tourist information told us there wasnt a single vacancy in the whole city.  Rental cars and trucks non-existent.  Even if there was something, fuel is in short supply and is being rationed out.

Somehow, using our combined good looks and charm … or just connections and Ian our Japanese speaking team member … a way was made and beds were found.

That’s not even the best story.

END_OF_DOCUMENT_TOKEN_TO_BE_REPLACED 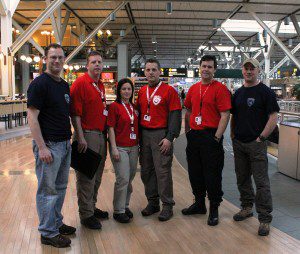 Sunday, March 13, 2011 – CMAT assessment team has departed from Vancouver and is travelling to earthquake and tsunami ravaged Japan.

Depending on the assessment findings, the team would be the first of many which would rotate through Japan to provide much needed medical assistance and support to the local Japanese affected by the devastating quake and tsunami. It is estimated that as many as 10,000 persons may have died. Countless other Japanese are in need of assistance – food, water, shelter and medical support.

END_OF_DOCUMENT_TOKEN_TO_BE_REPLACED 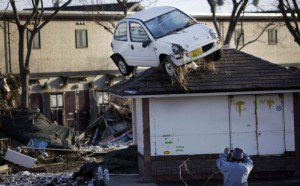 A man takes a picture in Sendai, northern Japan, of the aftermath of the tsunami. (Photo Courtesy Junji Kurokawa/AP)

Saturday, March 12, 2011 – Canadian Medical Assistance Teams (CMAT) is deploying its rapid disaster assessment team to Sendai, Japan, scheduled to leave Sunday morning from Vancouver. The organization is also making an emergency appeal for donations to help the people of Japan after the powerful 8.9 magnitude earthquake and ensuing tsunami devastated the region on Friday, which is centred about 300km north of the capitol, Tokyo. Officially, 649 people are confirmed dead, and numbers are expected to increase sharply. There remains no contact with about 10,000 people in Minamisanriku, more than half the town’s population.

END_OF_DOCUMENT_TOKEN_TO_BE_REPLACED

CMAT Rapid Assessment Team standing by for response after 8.9 earthquake and tsunami in Japan. 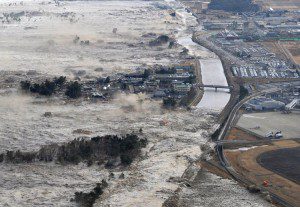 Friday, March 11, 2011 – The largest earthquake in Japan’s recorded history struck offshore on Friday, and police say they’ve found as many as 300 bodies in the north-eastern coastal area that bore the brunt of the tremors and ensuing tsunami. The earthquake struck at 2:46 p.m. local time on Friday afternoon, at a depth of 10 kilometres about 125 kilometres off the eastern coast, and was followed by at least 19 powerful aftershocks.

Japan’s meteorological agency said the initial earthquake registered at a magnitude of 8.8, while the U.S. Geological Survey said it measured a magnitude 8.9 — enough to rank it fifth among all quakes registered in the past 111 years. Most of the aftershocks registered at 6.0, with one reaching 7.1. Residents of coastal areas were urged to move to higher ground in advance of more devastating waves that experts warn could hit nations throughout Southeast Asia and reach as far away as South America, Alaska, the U.S. West Coast and British Columbia.

END_OF_DOCUMENT_TOKEN_TO_BE_REPLACED 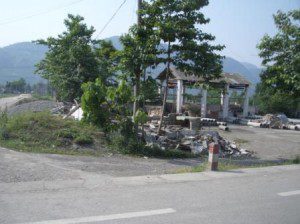 Thursday May 22, 2008 – TORONTO/ VANCOUVER: Canadian Medical Assessment Team (CMAT) Response Coordinators established contact early yesterday morning by satellite phone with the CMAT assessment team in earthquake-affected Sichuan, China. The assessment team advised that the Chinese government, military and local Red Cross have done a commendable job in the rescue and recovery effort. At present, there are 100,000+ Chinese Military and over 1000 medical staff in the region, and most seriously injured citizens have already been evacuated to larger centres.

END_OF_DOCUMENT_TOKEN_TO_BE_REPLACED 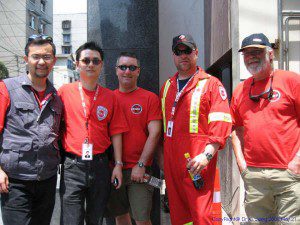 May 18, 2008 – National news coverage of CMAT teams deploying to China.

CTV News – Canadian doctors put skills to use in China

Friday May 16, 2008 – TORONTO/ VANCOUVER: Canadian Medical Assistance Teams will hold a news conference on Saturday May 17, 2008 at 9:30am to announce the departure of the first of several medical teams headed to aid in the relief effort of earthquake ravaged Sichuan, China.

END_OF_DOCUMENT_TOKEN_TO_BE_REPLACED

May 12, 2008 – Toronto: Canadian Medical Assistance Teams have readied their assessment team to respond to the earthquake which happened earlier today in China. Chongqing, Toronto’s sister city in the province of Sichuan recently visited by a trade mission of Toronto Mayor David Miller and Toronto City Councillors, was rocked by an earthquake measuring 7.8 on the Richter scale at approximately 14:00 local time.